How hoosiers do a mansard 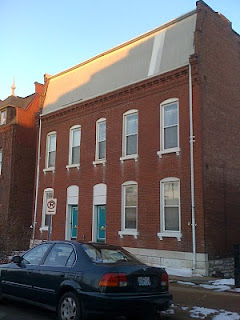 It took me a few seconds to figure out the problem with this Benton Park 2-family at McNair near Gravois, across the street from Hodak's Fried Chicken. This mansard is totally white trash (or, as we'd say, hoosier). So bad, in fact, that I started thinking and talking like a hoosier.
I says in my best South City voice, "Where da third floor windows?" And then I thinks to myself I think I seen that the third floor facade is vinyl siding or some type of corrugated steel.
I *imagine* this was botched by a hoosier-turned-rehabber too cheap to properly shingle the third floor. Our rehabber used to be a roofer but he got drunk and fell off a roof a few years back. At the time, he was getting paid under the table and wasn't an actual employee of the shady contractor who brought him onto the job for $100 and a case of Busch and a bottle of Jack. The roofer tried to get workers comp from the contractor. Continuing in my imagination, the ALJ considered our roofer to be a statutory employee of the contractor but assessed a 50% safety penalty for being drunk so pretend roofer didn't actually get any money. So, he turned to rehabbing on the south side used some scrap metal to rehab this place. None of this happened but that is the level of workmanship of the facade.
But, remember a lot of roofers are drunks so be careful who you hire.
And don't shingle your third floor with siding.
Posted by kristan at 10:07 PM No comments: 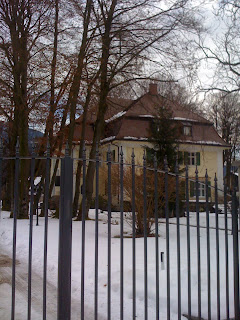 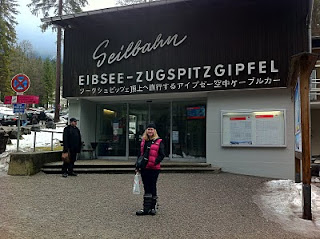 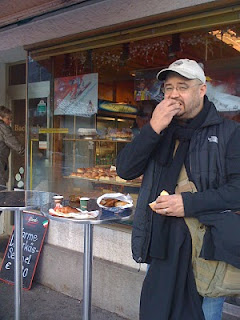 The yellow house was the closest thing I saw to a mansard. Kind of a Bavarian Mansard-- a bavomansard if you well.
That's me in the pink near a train station. We liked the type face. The guy is my husband enjoying a German bakery.

who can explain this? 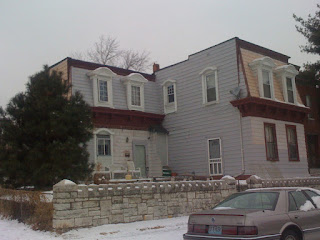 attached mini-mansards with different front elevations (did I use the word right? I mean the front walls are set at differing points back from the sidewalk.)
Posted by kristan at 11:58 PM 3 comments: 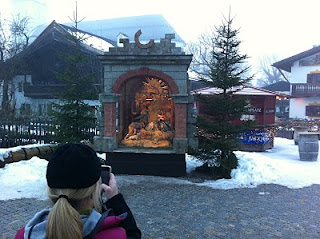 Went to Allemand (germany) for a week with my husband. He conducted business while I looked at old stuff, shopped and drank a lot. That's me taking a picture of a lovely nativity scene in the Marienplatz in Garmisch Partenkirchen (that's where we stayed).
I thought we'd find a bunch of bad mansards in Germany with the post war development. WRONG. Not in Bavaria. Bavaria chose to rebuild historically and thus NOT A SINGLE mansard, or badmansard, anywhere.
Pics soon.
Posted by kristan at 10:41 PM No comments:

I don't know if badmansard if more popular due to this song by Vampire Weekend, Mansard Roof.
Sorry for the lack of posts lately. I promise big things soon.
Posted by kristan at 10:07 AM No comments: