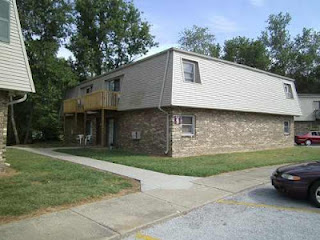 Duplex:  new porch, bad window placement.    This particular model mansard is pretty prevalent in mansard apartment complexes.  There is always lack of window in the middle of the side elevation (or front, depending on your point of view). I am guess there is a wall running between the two units bisecting the duplex?

It looks like a weird block head person with eerily wide set eyes.  Or draw lines from window to window to make an "X".
Posted by kristan at 10:24 PM No comments:

How come no one told me about this on ramp? 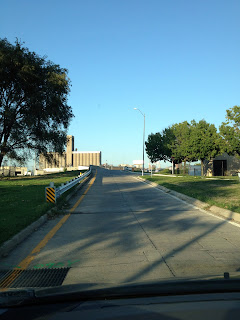 Eastbound Highway 40/64 at Boyle and Papin.  Why was I not informed of this on ramp?  I consider myself a knower of city traffic things.  Back ways.  Shortcuts.  Routes to avoid.  So then why after living in the city since 1996 was I unaware and completely oblivious to one of the most awesome on ramps ever?  Does everyone else know about it and kept it a secret, much like my reluctance to tell others how cool the 22nd exit is?

What a fool I was.  Here was Boyle and Papin under my nose the whole time.

I love this entrance so much.  I pick Otto up from K-9 Athletic Club (yes, I send my dog once  a week to doggie playtime) and jump right on that highway to the ominous Last Missouri Exit.  And even though I make this drive with a 70 pound slobbering dog riding shot gun, it is a wonderful ride. 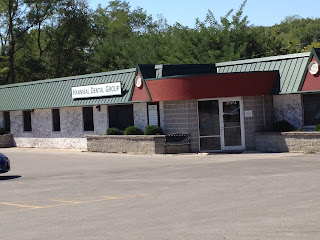 Tuesday I found myself driving to Hannibal without my good Mother's Day camera.  Drat. My boss asked, "hey, can you go to Hannibal today?  The case is set at 11 and I know it's 8:30 am and it's a 2 hour 15 minute drive, but could you handle it anyway?"  I wasn't worried about preparing for the case.  Rather, I was all "Hannibal has a TON of bad mansards and I am not going to have my good camera."

So if Huck Finn needed his teeth cleaned or a payday loan, he would have gone to these two bad mansards. 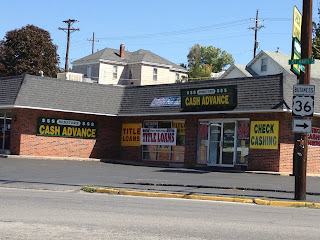 Posted by kristan at 8:38 PM No comments: 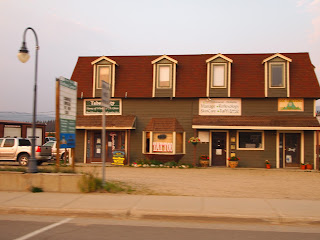 Mountain mansard!  This place is called "Tabernasty" in Fraser, Colorado.  Fraser isn't very far from Tabernash.  By the name you'd think it was a adult entertainment place but it's not.  Glassblowing and tattoos.  Only in Colorado.
Posted by kristan at 9:46 AM No comments: